My last post on HB 1069 has elicited a bunch of comments (more were sent privately than publicly on my post), a post over on TechDrawl, and news through the grapevine that people were either agreeing with what I wrote or very upset by what I wrote. To address all of that, this follow up post is even longer than I originally intended.

First, let me clarify some things. I have no issue with the work and efforts that folks put into passing HB 1069. In fact, I applaud it. For way too long we (and by we, I mean those involved with startups as a whole - entrepreneurs, investors, and others) have been disconnected from the legislative process. Even if this particular bill isn't what I/you/we wanted, at least it's a start. That's a good thing and I hope bodes well for more efforts like this in the future.

I also recognize that the bill to take away the low income tax credit and implement the angel tax credit were originally separate issues. They were and they should have been when the bill passed. As I've said to some of you privately, I know that the proponents of the angel tax credit were likely not in favor of taking away a tax credit from the poor. If there are any folks like that, they're pretty mean spirited and not worthy of debate within this context. I have heard that these two bills were merged in order to “save” the angel tax credit - and I totally get that. But the fact is that with these two bills shoved together, the news will report that one is saving the state $21 million while the other is costing $10 million. I think that's harmful to what we're trying to do - this isn't just about passing legislation but it's also a PR campaign of sorts if we're going to be successful in getting additional legislation passed in the future.

Finally, it appears that my calculations around the 6.48 times required return on investment may have caused some confusion. This is the rate of return required for the state of Georgia to be made whole on their tax credit to angels. Angels need a much lower rate of return to be made whole - in fact, a negative return could make them whole given the tax credit. If an angel's investment lost up to 35% of the initial investment, the angel would still be whole or better given this tax credit. I'm not sure if the tax credit adjusts the basis of the investment for federal purposes, but if not this scenario could open up a can of worms for potential tax fraud (this topic is best suited for another day or another blog post).

The comments on the past post were pretty interesting. Issues such as passing flawed legislation and correcting it later to the Hope Scholarship to not calculating the NPV of the credit. These are all issues I'm going to punt on because it's my blog and my prerogative.

That said, keep the insightful comments coming. They definitely help me shape and think through the issues that may or may not be relevant. Just don't be surprised if I don't address all the issues raised. There just isn't enough time in the day!

The Need - It's Not Angel Financing

Perhaps the biggest issue I have with the angel tax credit is not who is paying for it (we are all paying for it even though it seems like the poor were hit directly) or the rate of return needed to make the state whole (I ignored many issues on generating tax receipts although directionally, I think the number shows that this is a hand out not a hand up). No, my biggest issue is that this isn't going to fix anything. That's right, I don't think this fixes the funding climate or root causes that we have in Georgia for startups.

Honestly, there are plenty of angels in Georgia - that is, if you have a fundable startup. Many startups that look for funding and complain about the lack of funding are frankly, unfundable. They are generally missing a critical business component and are reluctant to fix this for whatever reason. The team is wrong, the market is wrong, or the product is wrong. Or more often than not, more than one of these is wrong.

Angels are in the business to invest and win big on risky ventures. But angels also understand risk mitigation and if an entrepreneur is unable, or unwilling, to execute some steps to mitigate this risk both for themselves and the potential angel, what does that say?

The other side of the coin that angels are acutely aware of is the lack of follow on financing after they fund startups initially. This lack of financing (local or otherwise) increases the risk that angels face when making an investment. Instead of being able to know that if a startup is successful there will be investors coming in after them, angels must consider what to do with even the most successful startups. And given that the game of angels (and VCs honestly) is risk mitigation through diversified investments, doubling down on a startup isn't always the best approach as an investor.

So this all leads to my point. The need in Georgia isn't more angel investing. It's more post-angel/VC-level funding. If you think of how many VC funds we have in Georgia, you can probably count them on one hand. You'll need two hands if you include the bio-tech focused funds. That's not a lot of investors for a city the size of Atlanta.

Granted the $10 million per year being spent on the angel tax credit isn't that large but over the three year period, this amounts to more than what the Georgia Firefighters' Pension Fund will invest in all private equity (not just venture capital) now that they're allowed to do these investments. The GFPF amounts to about $500m in total assets and they can invest at most 5% ($25m) in private equity. Oh yeah, any fund they invest in has to have $100m in assets before they invest their money. So don't look at the passage of HB 249 as something that will change the local funding landscape. That said, I'm happy that Georgia firefighters now have the ability to diversify their pension fund and increase their overall returns. We should (and I will) support any venture fund they invest in so as to show other funds (pension or not) what a mistake they've been making by not investing in private equity.

Back to the topic at hand. If we took this $10m in tax credits and instead had the state of Georgia become an LP in new Georgia based venture funds, imagine what an impact that could make. Perhaps 1-3 new venture funds each year created in Georgia over a 3 year life cycle (this assumes that the state isn't the only LP in these funds since I think that would be a huge mistake). These funds would be motivated to find and fund some great startups so as to show positive returns and then raise a second fund a few years later. Local angels would want to fund startups that these venture funds could then take and provide further funding to. That is something I could get behind in terms of impact and change to the local landscape.

According to this chart (which may be inaccurate but is probably right in terms of size) there are 155,537 households in Georgia that make $200,000 or more annually. This number is important because that is the line that defines an accredited angel investor - presumably only these people will be taking advantage of the angel tax credit in the first place.

So if these 155,537 households could potentially gain from this tax credit, why not tax them some small amount so as to fund the tax credit. Raising $10m from these households would take at most an increase in their tax rate of 0.021% and realistically it would be much less. So their top tax rate in Georgia would go from 6% to maybe 6.021%.

Yes, that seems like you're just taking money from people to just give it back to them later. But honestly there aren't 155k+ angels in Georgia - if there are, Startup Lounge and Startup Riot need bigger venues.

So most of these households aren't involved in investing for the future of the state. In fact, a number of people have told me they would be shocked if we hit the full $10m tax credit in any of the three years that the angel tax credit law applies. But these folks are prospering and are an asset that we should tap. How do we do that? Create a situation where they are penalized for not being involved but rewarded if they are. Most entrepreneurs realize that an angel's money is only one part of the equation - their expertise is often invaluable.

The angels that are actively involved would get the benefit for leveraging their money and expertise in helping to improve and propel the state forward. Still can't stand having a tax applied to the rich and not letting them get any benefit for it? Fine, let's give them a tax credit for investing into Georgia based venture funds as limited partners - that would start moving us in the right direction of freeing up additional capital for funding startups.

Okay, so that's what I could get behind. An approach that incents the behavior we need (more people with money and expertise involved) as well as building up resources (venture capital) that are much more needed than just more angel investing.

Again, I'm happy to take comments, criticisms, or observations on any and all of this. I prefer you comment publicly so your insights can be debated (as mine will be, I'm sure - especially the thought that these ramblings are indeed “insights”) but if you must, you can reach out to me via phone, email, twitter, or in person and share your agreement or disagreement with anything I've written. I won't publish anything you tell me unless you specifically tell me that I can share your name.

One last note, the extremely awesome (I live here - so plug!) Gwinnett Chamber of Commerce is holding an event this Friday to discuss the angel tax credit. Even though I disagree with a good bit of this bill, if it can be used to improve startups in Georgia, we'll have a case study that we can use to get legislators to pass additional bills that can help out our community and the state as a whole. Unfortunately I won't be able to go but if you do, take good notes and let me know what I missed!

Thanks for participating in this exercise and hopefully by doing so we can improve our state (and our nation) in the long run! 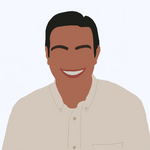